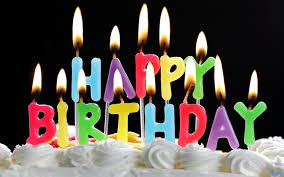 I thought I’d explore some interesting facts about dogs and hopefully figure out why an occurrence that I’ve been having with Buggz is growing into occurrences every day. “It’s something odd which I actually seen on an episode of “Cesar Millan”  We’ll start with:

Dogs can detect smells 100 to one million times less concentrated than humans (for example, some dogs can detect a human scent on a glass slide which was lightly touched and left outside for two weeks). Dogs have been known to smell Cancer cells on people and they didn’t know they had Cancer. Now that’s amazing!

As with smell, dogs hearing trumps human hearing, it used to be thought that dogs had superhuman hearing. In reality, dogs and humans hear about the same but with a few key differences. Dogs can hear in the ultrasound range, approximately two octaves higher than humans can hear. Thus, dogs can hear some sounds (e.g. a dog whistle) that humans cannot.

Ok, now I’ve set the stage for what’s happening and this is what is going on in my home:. On the TV show “Cesar Millan” was called to some peoples home because an older dog they had was becoming an amazing escape artist…but only when the lady of the house “Coughed or Cleared her throat it wasn’t even loud or high pitched”!! This dog would climb walls, sides of shed’s and up over a wall covered in vines just to get away from this lady’s cough! They didn’t figure out why the dog did this but they were able to teach the dog (by treats) to stay in the room and not run when she would cough or clear her throat.  I guess that’s a big Plus!!

So, this last couple of months my Asthma has been acting up and I’ve been coughing more then normal.  Lately it’s because of the heat  and the poor air quality that settles in our valley when it’s hot, I’m also not made for 100 Fahrenheit, I burn easy and my dream home would be somewhere I can build my igloo. I’m getting to the point, hang on, Anyways, last summer and fall we spent nursing our little Yorkie Petey through the last stages of Cushings, one of the symptoms was coughing, so when ever Petey coughed Buggz would get up and move across the room. He knew Petey was sick and didn’t want to be near him.

Well, Buggz is now turning into that run-away dog that was seen on Cesar Millans show, Except he’s smaller and cuter!

I have a little dog that loves me to piece’s (I think), but when I cough or clear my throat he freeze’s, looks at me and then turns with his tail between his legs and waddles out of the room!

Is he afraid of me? Does he think I’m sick and I’m going to die? Does he know something I don’t??? Are dogs that smart??  Or is it just the sound frequency of my cough like finger’s down a chalk board?? If he’s with me on the bed and it’s the middle of the night I cough, I don’t want him to get off the bed (which is really hard for him because he’s going blind) he’s going to hurt himself!  I can’t let that happen, so it looks like I’ll need a pocket of treats and to even keep some under my pillow! or maybe not…

Well I tried the treats, he wouldn’t come near me!  he just sits just within the living room/kitchen doorway staring at me like I’m an alien, maybe I am! and he’s trying to let me know they’re coming back for me! I DON”T KNOW! and it’s driving me crazy!! Please?? anyone with some suggestions…….??????

What You Don't Know Can Hurt You

The World Is A Book...
Leya